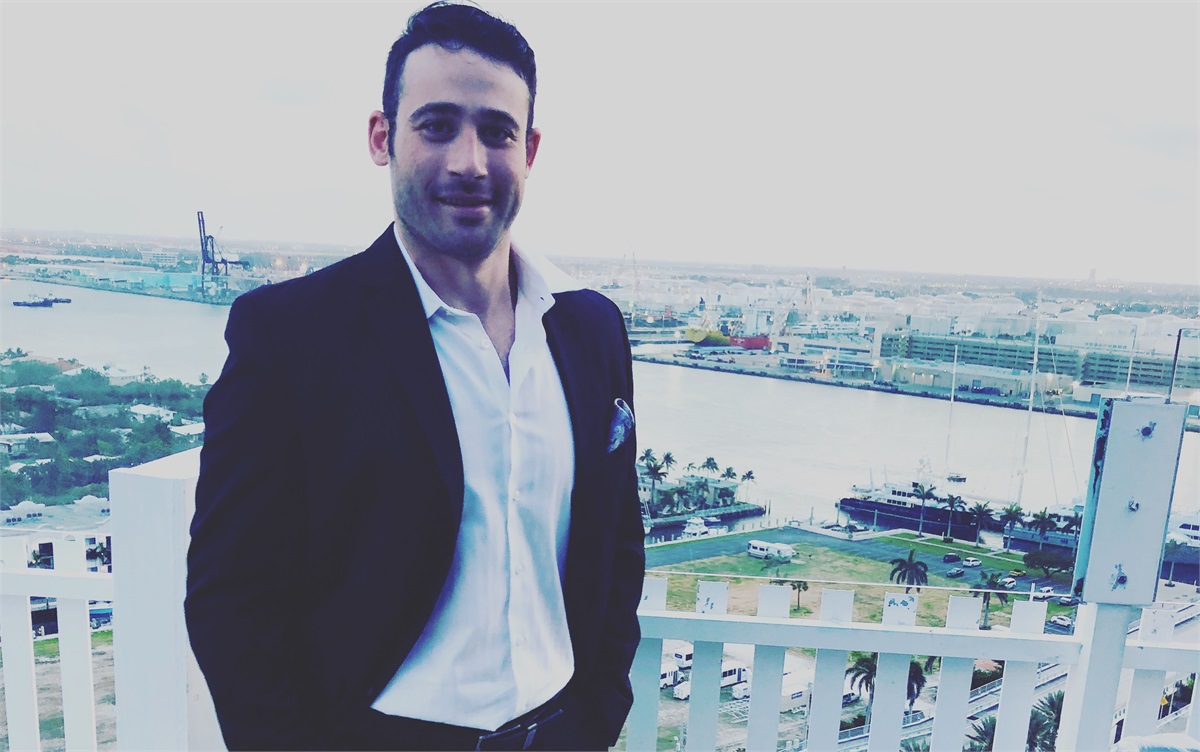 After nearly a decade of working in the sports industry, Evan Vladem made a calculated decision to pivot and become a financial advisor. His journey after joining Associated was featured by WealthManagement.com. You can view the article by clicking HERE. The story is also below.

How I Reinvented Myself as a Financial Advisor at 30

One of the most challenging things to do, especially at 30 years-old, is completely reinventing yourself. At that stage of your life and career, you’ve probably developed years of experience in your chosen career path. Although it may not be easy, work may seem natural. You somewhat know what to expect on a daily basis, how to handle an array of issues and problems and you may be even climbing the corporate ladder, like I was.

Many of those reading this post may know my past – I had been working in the sports industry for over a decade, then I made a calculated decision to pivot and become a financial advisor, while still utilizing my connections in the world of sports.

Just days after my 30th birthday, I joined my father and his partners at Associated Financial Consultants and Associated Investor Services, an independent financial advisory in South Florida that had been building a distinguished reputation over 40 years in investments, retirement plans, group benefits and insurance.

While my new role was oozing with opportunity, it wasn’t going to be an easy transition for me. Although I grew up with my father in the industry and attended many of his investment events, I knew the shift would be somewhat unnatural. What I did have was a natural ability in developing relationships, sales, a wealth of career experiences, a massive network, marketing expertise and leadership abilities.

The thing about dealing with other people’s finances is the number of intricacies that come with it. The influence of family, children, life events, tax consequences, marriages, death, inheritance, paperwork, regulations, investment vehicles, retirement, market fluctuations, succession… The list goes on and the pressure is great.

Unlike what some may have thought, I knew that I wasn’t going to strut right into Associated, sit down behind a desk and suddenly become the new, influential heir at the firm because of my father.

As a matter of fact, the last sixth months of my life have been the most challenging, stressful and uncomfortable times that I have ever dealt with. I thought I had worked hard in the past… Compared to this, that notion is a complete understatement.

But now as I’m finally hitting my stride – bringing in business, leading client meetings, creating proposals as a licensed financial advisor (which in itself is a major personal accomplishment) – has brought me so much pride, accomplishment and motivation in which I surprise myself daily. What was once mind-numbing has become digestible and natural, especially within the short timeframe that I’ve been here. I’ve also learned a great deal about myself and my limits.

That wouldn’t have been the case if I hadn’t been given the resources and tools available to me at Associated and with our broker-dealer, Investacorp (a subsidiary of Ladenburg Thalmann Financial Services). It’s almost like I jumped into a pool designed for accelerated learning and career progression.

While I have been given unprecedented access to my mentors (my father and his two partners within the firm), Investacorp has designed a family oriented approach for young advisors in situations similar to mine. When I initially came in, Investacorp immediately paired me with a coach in a unique associate advisor program – which was structured, in phases, to learn the many complexities of the industry and my massive undertaking.

Within the first couple of months of getting my feet wet, the President of Investacorp, Pat Farrell, and Investacorp’s senior management invited me, and a group of advisors, to join them in Connecticut to explore the inner-workings of a growing financial advisory. Like Associated, two young advisors within the family had recently joined the firm. Essentially a competitor, yet under the same broker-dealer, they opened their doors on how they planned for succession, growth, operations, technology and the changing landscape of the regulations within the industry.

At Associated, I have been lucky to be surrounded by a deeply experienced staff that doesn’t treat me as a threat but instead has worked to patiently aid my progression. In addition, I have been granted unparalleled access to some of the top money managers, funds, investment executives and technology partners which has taken my knowledge and value proposition to prospects to the next level. Rather than just sales pitches, wholesalers have made it a point to educate and provide significant insights.

While endless obstacles still lie ahead, my outlook to what was once seemingly impossible has dramatically changed. Instead of dreading the long-days, I embrace them as an opportunity to grow. What I’ve realized is learning and growth should never cease – regardless as to what profession you’re in or how old you are. Evolving and reinventing yourself is a must for success and personal growth.

Although my vision hasn’t changed, that proverbial net has been cast much wider. If anyone else is planning or taking a similar ride – the resources and people available around you are essential – but always remember that your mindset is probably the most important tool for success. If that’s positive and open – anything is attainable.